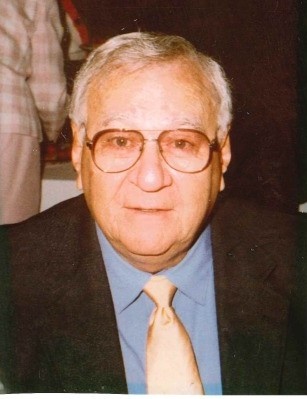 Woodrow “Woodie” S. Hamden, Sr., 89, died Tuesday, June 30, 2015. Born in Cheraw, SC, Woodie was a son of the late Mike Sr. and Leila Thomas Hamden. He was the retired President and CEO of American Stainless & Supply Inc. He was a Mason, charter member of Cheraw Rotary Club, and a member of First Presbyterian Church where he served as an usher. He had been an honorary member of both Chesterfield County Sheriff’s Office and Cheraw Fire Department. He had also served as the Grand Marshall for the Cheraw Christmas Parade. Mr. Hamden enjoyed fishing, golfing, writing poems & songs, writing colorful columns for local newspapers, playing his ukulele & singing, watching shoot’em ups and riding his tractor.

Mr. Hamden was preceded in death by his parents listed above, a brother Mike K. Hamden Jr. and a son H. Stephen Hamden.

In lieu of flowers, memorials may be made to the American Cancer Society, c/o Kathy Treadaway, 275 Forest Road, Cheraw, SC 29520.

To order memorial trees or send flowers to the family in memory of Woodrow "Woodie" Hamden Sr., please visit our flower store.