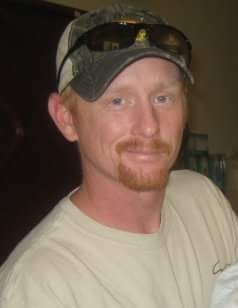 William Jason Ingram, 39, died August 14, 2016.  Born in Rockingham, NC he was a son of Willa Jo Patton Griggs and John Edward Ingram. He worked in construction as a plumber. He enjoyed hunting, fishing and the outdoors. He loved his family and lived life to the fullest.

To order memorial trees or send flowers to the family in memory of William Jason Ingram, please visit our flower store.