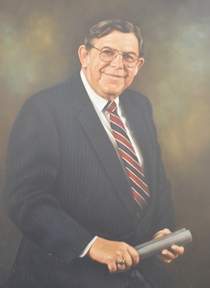 W.C. Stanton, 87, died Monday, April 7, 2014. Born in Little Rock, SC he was a son of the late Hugh C. and Katie Margaret Jones Stanton. He was the founder and president of Stanton Quilting Company. Mr. Stanton has served on the Board of Trustees of Francis Marion University since 1994. He received an Honorary Doctorate of Humanities from Francis Marion University. He was US Army Veteran.  He was a past chairman of the board for the Chesterfield General Hospital, Cheraw, SC. He was a Mason, Lodge 15. He enjoyed spending time with family and friends. He was a bluegrass enthusiast and an avid golfer. He was known for his wit and homespun sayings, notably he would state, “ I am a High School drop-out, that devoted my life to education.”

He was preceded in death by his parents listed above, a son, Kinney Stanton, a grandson, Alexander Stanton, brothers, Tom Stanton and Hugh Stanton.

To order memorial trees or send flowers to the family in memory of W.C. Stanton, please visit our flower store.