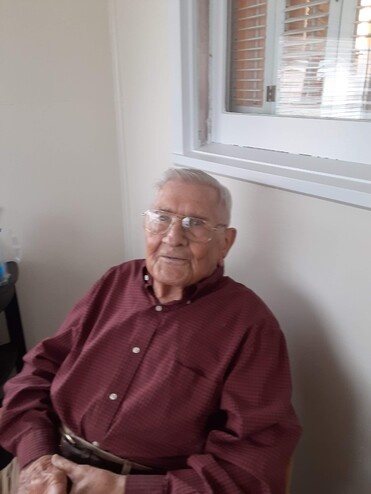 Walker Jennings Griggs, 95, died Sunday, August 15, 2021. Born in Wallace, SC he was a son of the late Henry Walker and Bernice Collie Griggs. He was the widower of Mary Frances Griggs. He was a member of Ebenezer United Methodist Church, Bennettsville, SC. Mr. Griggs was a Marine Veteran of World War II. He was a retired electrical controller.

Surviving are several nieces and nephews.

He was preceded in death by his parents and wife listed above, also brothers, Edwin L. Griggs, Carlton R. Griggs, Donald B. Griggs, sisters, Doris Griggs and Frances Griggs.

A graveside service will be held 11:00 am, Tuesday, August 17, 2021 in the Ebenezer United Methodist Church Cemetery, Bennettsville, SC. The family will receive friends in the fellowship hall of the church, following the service.

To order memorial trees or send flowers to the family in memory of Walker Griggs, please visit our flower store.