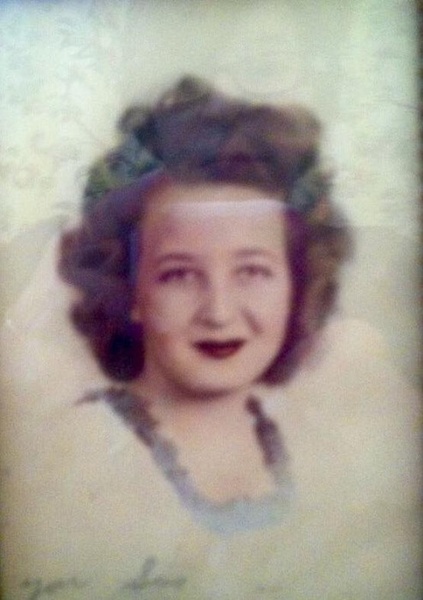 Mrs. Virginia Beatrice (Huggins) Quick died peacefully July 14, 2015 at Chesterfield Convalescent Center in Cheraw.  Almost 91 years of age, she had been in declining health for some time.

Virginia was born in Chesterfield County to James Berkley and Minnie Mae (White) Huggins.  Losing her mother at a very early age, she was reared with her aunt and long-time best friend Marie Chavis.  Nana, as she was known, was a long-time member of the Ebenezer United Methodist Church in Wallace where she sang in the choir for more than 40 years.  She was a faithful servant of her church who cared deeply for others.  She enjoyed music of all kinds and was a talented musician who sang and played both guitar and piano.  She loved her family, her flowers, her animals, baking and reading her Bible.

Virginia is survived by son Jackie Furr (Susan) of Cheraw; daughter Susie Johnson (Fred) of Winston-Salem, NC; daughter Elaine Martin (Gus) of Raleigh, NC; son Ronnie Quick (Debbie) of Cheraw; and son Tommy Quick (Mary) of Cheraw.  She also is survived by grandchildren Greg Furr (Masako Miudinha), Jeffrey Furr (Sarra), Hollie Torrey (Matt), Gil Johnson (Diana), Megan Johnson, Jennifer Reel (Mike), Sara Martin (Jason Pritchett), Casey Norris (Andy), Jenna Quick, and Andy Quick (Melanie), as well as 8 great grandchildren.  She was predeceased by her husband, Andrew, son Buddy Furr, and brother Marion Huggins.  We all will miss her, but are confident that she has transitioned to her place in heaven.   Her life exemplified the writing of the apostle Paul to Timothy:  “I have fought the good fight; I have finished the race; I have kept the faith.”

To order memorial trees or send flowers to the family in memory of Virginia B. Quick, please visit our flower store.
Send a Sympathy Card