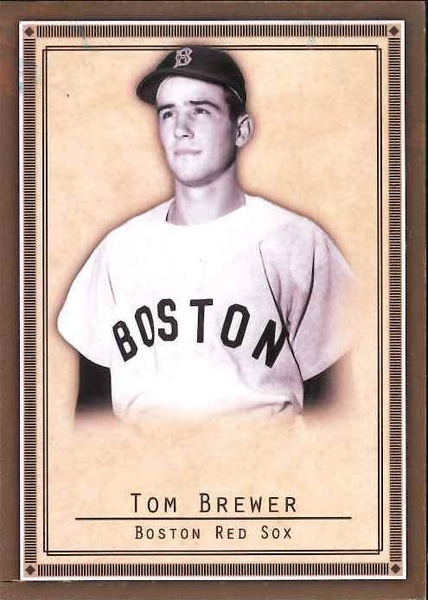 Thomas Austin Brewer, Jr., 86, died Thursday, February 15, 2018. Born in Wadesboro, NC he was a son of the late Thomas Austin Brewer, Sr. and Pauline Parker Brewer. He was a US Army Veteran. Mr. Brewer was a pitcher for the Boston Red Sox and in 1956 had a 19-9 season being selected to represent the American League in the All-Star Game. He was inducted into the South Carolina Sports Hall of Fame in 1985. Mr. Brewer for many years helped the youth in his community as a mentor and pitching coach, not only to teach the game but life lessons. He would spend hours at Cheraw’s Arrowhead Park working with boys and girls to improve pitching skills. He volunteered with the Cheraw High School Baseball and American Legion Baseball. He was a member of First Presbyterian Church, Cheraw, SC where he served a Deacon, Usher and the Sunday Morning “Coffee Maker.” He was a charter member of Cheraw Rescue Squad. He enjoyed hunting, golfing, and watching Westerns and Sports on TV.

He was preceded in death by his parents listed above, his first wife Barbara Wilkins Brewer, sisters, Madeline Riggleman and Roberta Brewer.

To order memorial trees or send flowers to the family in memory of Thomas "Tom" Austin Brewer, please visit our flower store.