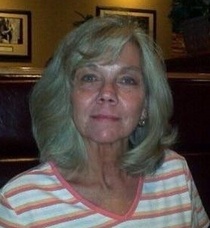 Sheila “Frankie” Chapman Harper, 55, died Tuesday, May 12, 2015. Born in Cheraw, SC she was a daughter of the late Frank Chapman and the late Beulah Laney. She was a member of Zoar United Methodist Church. She was an employee B. C. Moore’s for 25 years, until its closing and was a current employee of INA.

She was preceded in death by her parents listed above and a sister, Joyce Shaw.

A funeral service will be held 2:00 PM, Friday, May 15, 2015 at Kiser Funeral Home, Cheraw, SC. Burial will be in Chatham Hill Memorial Gardens.

To order memorial trees or send flowers to the family in memory of Sheila Chapman Harper, please visit our flower store.