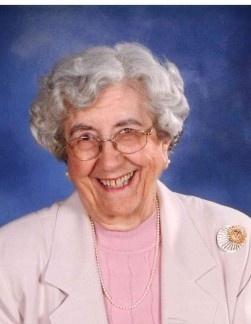 Mrs. Stanton’s service will be streamed live on Kiser Funeral Home's Facebook Page. Please adhere to the COVID precautions suggested by local health officials if you will be attending the service. Seating may be limited in the Sanctuary; additional seating will be in the Family Life Center of the church.

Sara Margaret McDougald Stanton, 93, died Sunday, January 24, 2021. Born in Marlboro County she was a daughter of the late Clyde D. and Sarah Frances Rainwater McDougald. She was the widow of W.C. Stanton. Growing up she was a member of Pleasant Grove United Methodist Church, where she became a Sunday School teacher and played the organ. Her family was an integral part of the ministry of Pleasant Grove and she always cared deeply for her “church family.” In later years she and her husband became part of another church family at Cheraw First Baptist Church. In that congregation she was a Sunday School teacher and member of the WMU. She was a graduate of Coker University (at age 46). She was a retired second grade school teacher (1974-1989) from Cheraw Primary. Mrs. Stanton was a member of the South Carolina Education Association. She was a member of the Cheraw Civic League Garden Club which helped establish Centennial Park in Downtown Cheraw. She enjoyed cooking, gardening and yard work. She loved her grandchildren.

She was preceded in death by her parents and husband listed above, also, a son, Prentiss Kinney Stanton, a grandchild, Alexander Stanton, brothers, Boyce McDougald, Richard Edwin McDougald and Gene Clyde McDougald.

To order memorial trees or send flowers to the family in memory of Sara Margaret Stanton, please visit our flower store.