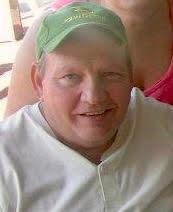 Mr. Ronald Alvin McCollum, Jr., 66, died on Friday, April 15, 2022.  Born, December 3, 1955, in Cleveland Heights, OH he was a son of the late Ronald Alvin McCollum, Sr. and the late Elizabeth Mary Prebola McCollum.  Formally of Cape Coral, FL, Ronald was very involved with South Side Christian Church of Ft. Myers, where he served a deacon, and started a Garden Club with the youth, teaching them to be service minded.  He enjoyed gardening, yardwork, playing softball with the church, and enjoyed sports, especially the Cleveland Browns and Cleveland Indians. Ronald was very family oriented and loved spending time with his children and grandchildren.  He was always known for keeping the neighborhood clean, picking up limbs and trash, even when he was partially paralyzed.

He was preceded in death by his parents, listed above, and his brother, Eric.

No services are planned at this time.

Memorials may be made in lieu of flowers or plants, in Ron’s name to ARC Animal Refuge at www.animalrefugecenter.com.  Donations can be made under the “Get Involved” tab on the website.

Kiser Funeral Home has been entrusted to serve the McCollum Family in their time of need.

To order memorial trees or send flowers to the family in memory of Ronald Alvin McCollum, please visit our flower store.