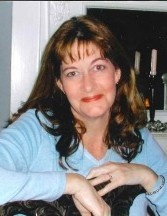 Formerly of Cheraw, SC, Christy was the daughter of Glenn and Emily Cook Marsh of Cheraw. She was first and foremost a loving daughter, sister, aunt, and humanitarian.

Christy was a United States Air Force veteran, active during the Gulf War, serving from 1986-1992.

A memorial service will be held at 11:00 AM, Thursday, July 9, 2015 at Kiser Funeral Home. Visitation will be held following the service.

To order memorial trees or send flowers to the family in memory of Robin Christopher "Christy" Marsh, please visit our flower store.
Send a Sympathy Card