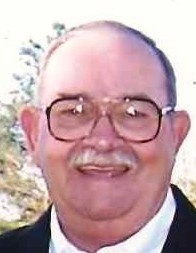 Robert Gerald “Nook” Taylor, 78, passed away Saturday, June 18, 2016, after a long illness. His last years were spent in Cheraw Healthcare in Cheraw, SC. Born in Bennettsville, SC he was a son of the late Franklin C. and Alice Leviner Taylor. Robert graduated from Bennettsville High School, where he was an outstanding athlete. He played football, baseball and Basketball. Robert was an All-State Football player. He played in the Shrine Bowl in 1957. He attended Newberry College on a football Scholarship where he was a three year starter. He loved his fishing trips with his best friend Buddy Simmons and their “Nightly Crew.” “Nook” is remembered for his smile, his “excuses” to get out of school and his friendliness.

Burial with military honors will be in the church cemetery.

To order memorial trees or send flowers to the family in memory of Robert "Nook" Taylor, please visit our flower store.