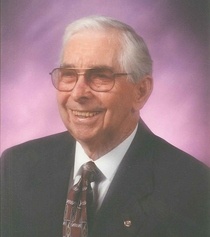 Robert Glenn Kimrey, 92, died Wednesday, January 14, 2015. Born in Cheraw, SC he was a son of the late Rev. Steven H. and Elizabeth McDowell Kimrey.  He was a member of First United Methodist Church, Cheraw, SC where he was a Sunday School Teacher of the Men’s Bible Class for 15 years. He had served as a Gideon and Mason. He was a US Navy Veteran and a member of the American Legion Five Oaks Post 23 of Cheraw for 63 years. He served for 20 years on the Cheraw Town Council.

He is survived by his wife, Connie O’Neal Kimrey of Cheraw, SC, stepsons, Ralph O’Neal  of Cheraw, SC, Ladd O’Neal of Hartsville, SC, six grandchildren, also, many nieces and nephews, and a special friend of the family Bonnie Rollins.

To order memorial trees or send flowers to the family in memory of Robert Kimrey, please visit our flower store.