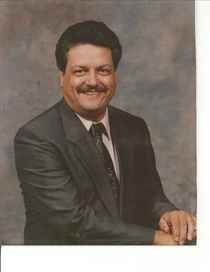 Randolph “Randy” Leviner, 66, died Monday, November 24, 2014. Born in Hamlet, NC he was a son of Pauline Leviner and the late Rufus Leviner. He was a member of Cheraw Church of God and served as a lay Minister. He was a licensed Minister with American Marriage Ministries. He had received the Order of the Blue Vase- Liberty Life Insurance Company. He enjoyed golfing, family time, being in church and ministering to the community. He was a Cowboy Fan and an avid Gamecock Fan.

He was preceded in death by his father listed above and brothers, Harold Leviner and Jackson Leviner.

To order memorial trees or send flowers to the family in memory of Randolph Leviner, please visit our flower store.
Send a Sympathy Card