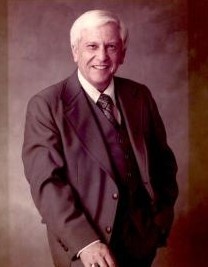 Sheriff, Ralph Cleveland Freeman, 91, died Friday, February 1, 2019. Born in Society Hill, SC he was a son of the late James Austin and Lena Pearl Wilkes Freeman. He was the widower of Grace T. Freeman.  He was Sheriff of Chesterfield County from 1975 to 1994. Sheriff Freeman was a past President of the South Carolina Sheriff’s Association 1988-1989 and was Sheriff of the Year for the state of South Carolina in 1988. He was also retired (with 25 years of service) from the South Carolina Highway Patrol. Sheriff Freeman was a US Navy Veteran. He enjoyed hunting, fishing and lifting weights.

To order memorial trees or send flowers to the family in memory of Ralph Freeman, please visit our flower store.
Send a Sympathy Card