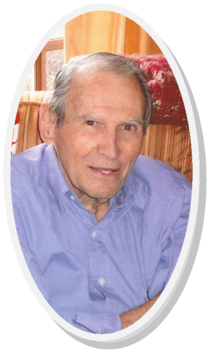 Oral Clay “O.C.” Howard, 85, died Tuesday, November 11, 2014. Born in Elva, KY he was the son of the late Clay George and Corlie Theodosa Wallace Howard. He was the widower of Annie Lou Howard. He was a member of St. Peter’s Catholic Church, Cheraw, SC. Mr. Howard was a Veteran of the United States Marine Corps. He was a member of the VFW and American Legion. He was a charter member of the Cheraw Rotary Club. He was the owner of Howard’s Electric, Cheraw Heating and Quality Builders. Mr. Howard enjoyed deep sea fishing and spending time at the beach with family and friends. He was affectionately known as “Poppie” to his granddaughter and great grandchildren.

To order memorial trees or send flowers to the family in memory of Oral Clay "O.C." Howard, please visit our flower store.