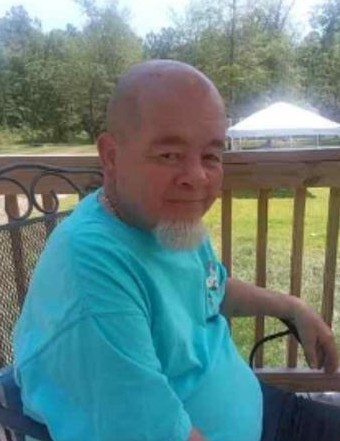 Michael “Buckshot” Everet Brigman, 61, died Monday, July 8, 2019. Born in Cheraw, SC, he was a son of the late Harold and Ruby Garris Brigman. He was retired from Carolina Packaging and had worked with his father at Brigman Bargain Barn. He was a member of Westside Baptist Church, Cheraw, SC. Mike enjoyed riding his motorcycle, cutting his grass and watching NASCAR. He loved spending time with his grandchildren.

Surviving is his wife, Cynthia “Cindy” Brigman of Cheraw, SC, a daughter, Ashley (Ryan) Cameron of Georgetown, SC, step-daughters, Kristina (Joshua) Garrison of Greenwood, SC, and Cassandra (Brandon) Turner of Augusta, GA, a brother, Tommy Brigman of Cheraw, SC, grandchildren, Addison Cameron, Mason Cameron, Will Garrison, Olivia Garrison, Evan Garrison, Piper Turner, Bennett Turner, niece and nephew, Brook (Mike) Ray and Tim (Tina) Brigman also, several great nieces and nephews, and several special friends who were like family to him. Buckshot was a great friend and loved sharing and laughing about stories from his younger days. The only thing greater than his personality was the love that he shared for the people in his life.

He was preceded in death by his parents listed above and his former wife, Dianna Lynn Brigman.

To order memorial trees or send flowers to the family in memory of Michael "Buckshot" Brigman, please visit our flower store.
Send a Sympathy Card