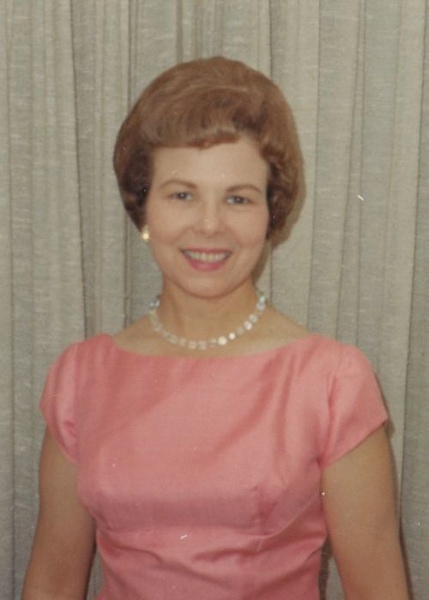 Margorie Rivers Osborn entered into eternal rest on Saturday, December 17, 2016. Margorie was born in Chesterfield County, South Carolina on July 1, 1920, the daughter of the late Henry Maxcy Rivers and Pauline Wadsworth Rivers, and a descendant of William Massey and Charles Evans. She attended schools in Ruby, Pageland, and Mt. Croghan, graduating from Mt. Croghan High School as Salutatorian in 1937. After working for the Clerk of Court in Chesterfield County for several years, she married Allen Donald Brock in 1940 at St. Paul’s Methodist Church, Chesterfield. While her husband served in the US Army, Margorie worked as Assistant Supervisor of the Bureau of Supplies and Accounts, US Navy in Washington, DC. After World War II, she and Allen moved to Cheraw, where they owned and operated several restaurants.

After 17 years of marriage, Allen passed away in 1958. Margorie married Milton C. Evans in 1965. They enjoyed over 22 years together in Cheraw and at the Presbyterian Home in Summerville, SC, where he passed away in 1988. In 1994, Margorie married a neighboring widower, Radm. James Butler Osborn, and they had ten wonderful years of companionship prior to his death in 2004.

A longtime member of the Civic League Garden Club in Cheraw, Margorie was also devoted to her work in the First Presbyterian Church. She taught Sunday School, Vacation Bible School, and Catechism for many years. Margorie enjoyed various activities with the Women of the Church including attending her Circle, Presbytery and Synod meetings.

Margorie’s hobbies included baking, gardening, historical novels, traveling, embroidery and needlework. However, her most enjoyable pastime outside of church and family was “wetting a line” at every opportunity, whether it was fishing around the Pee Dee, trolling the lakes of the Carolinas or “coaching” Milton on deep sea excursions.

In lieu of flowers, memorials may be sent to First Presbyterian Church, 300 Market Street, Cheraw, SC 29520.

To order memorial trees or send flowers to the family in memory of Margorie Osborn, please visit our flower store.