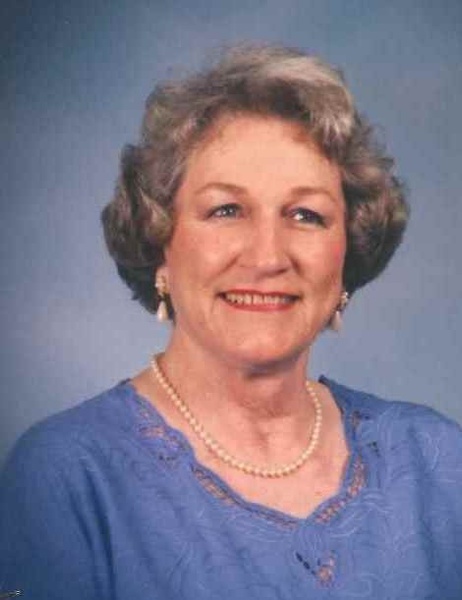 Margaret Helen Gaddy Hamden, 91, of Cheraw, South Carolina, passed away peacefully April 25, 2016, at her home.  A service celebrating her life will be held Wednesday, April 27, 2016, at 11 o’clock a.m. at First Presbyterian Church, Cheraw, with Reverend Richard L. Young officiating.  Visitation with the family will be 10 o’clock a.m. at First Presbyterian Church prior to the service.

Helen was born January 13, 1925, in Morven, North Carolina, the eighth child of nine children born to Simeon McRae Gaddy and Emma Ethel Porter.  She grew up in Wadesboro, North Carolina, and graduated from Wadesboro High School.  For her senior year piano recital, she chose “Finlandia”, by Jean Sibelius.  A portion of that composition was made into a hymn titled, “Be Still My Soul”, and will be sung during the service.

Following high school graduation, Helen attended Catawba College in Salisbury, North Carolina.  While in college, she was active in sports, playing basketball, soccer, field hockey and was also the head cheerleader.  College also provided her the opportunity to once again find her “Prince Charming” (and later, the love of her life), Woodie.  They had first met at Cheraw State Park when Helen was a teenager and Woodie was a lifeguard.

Helen’s father was Sheriff of Anson County for many years and one of his friends gave Helen a summer job in his office in Raleigh.  When Woodie’s father sent him money to come home from the Service for a visit, Woodie used the money to go see Helen instead.  They were married July 20, 1946 after Woodie’s completion of his Naval service and began their married life together in Cheraw.  Their first child, Peggy, was followed by Woodie, Jr. (Bobby), Dru and their youngest, Steve.

While her primary duty was raising children, Helen found time to sing in the choir at First Presbyterian, Cheraw, which she continued to do for fifty years.  Her Church acknowledged Helen’s service by awarding her an honorary life membership in 2006.  She was also known to balance a baby, or two, on her lap while playing bridge with her friends. When the children were finally all in school, Helen worked as a bookkeeper at Cheraw Primary School for four years to be close to her youngest, Steve.  Helen was also devoted to the American Red Cross, coordinating its activities for more than ten years.

As her children married and most moved away, Helen and Woodie began to spoil 11 grandchildren, beginning first with Cam, and followed later by Donna, Mac, Ashton, Warren, Meg, Taylor, Chad, Stephanie, Holley and Alexa.  Her granddaughter Meg has been her special caregiver during these last two years and was also a special caregiver for her “Papa”.  Helen’s  and Woodie’s grandchildren gave them 18 greatgrandchildren, ranging in age from 21 to eight, and there is also one great-greatgrandchild, age two.

Helen loved to read and travel, enjoyed her Red Hat sisters as an original member, and also the Cheraw Singers, of which she was a founding member.  She was known for her delicious chocolate cakes and pies which were always there for birthdays and special occasions.  Helen never met a stranger, always had a smile on her face and never held a grudge.  She believed in the Golden Rule and especially believed in the power of prayer.  She told her children that she learned how to pray from an early age while watching her mother on her knees every night.

Helen is survived by her children, Peggy and her husband Steve Stewart, Dru and her husband Michael Penny, of Cheraw, and Woodrow S. Hamden, Jr. and his wife Kathy, of Conway.  Helen was predeceased by her son, Steve, in February, 1996, and her beloved Woodie in June, 2015.  The family also acknowledges with grateful appreciation the loving care provided to Mrs. Hamden by Joyce Price and Gayle Grant.

In lieu of flowers, memorials may be made to Hospice of Chesterfield County, Post Office Box 293, Chesterfield, South Carolina   29709 or to a charity of the donor’s choice.  Kiser Funeral Home is assisting the Hamden family.

To order memorial trees or send flowers to the family in memory of Margaret Helen Hamden, please visit our flower store.
Send a Sympathy Card