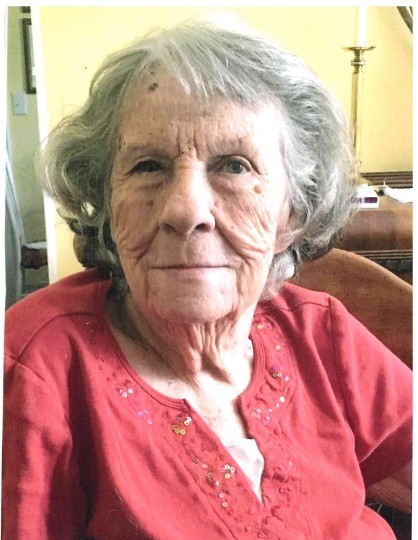 Margaret Lolita Curry Pierce, 89, died Thursday, July 19, 2018. Margaret lived an extraordinary life of almost 90 years. Born in the Teal's Mill community, she was educated at Stafford School. Orphaned at the age of 14, Margaret began working at Poston's Drugstore while five of her siblings were sent to Connie Maxwell Children's Home in Greenwood, SC. She met Mr. Pierce at the age of 17, and they married in 1946. He had joined the Army, and from the moment of her marriage, Margaret became a devoted military wife. She gave birth to eight children through the years and traveled extensively around the world, living in Bordeaux, France and Yokohama, Japan. In 1963, Mr. Pierce retired, and they returned to Cheraw. Margaret resumed her career in the food industry, managing Zorka's Deli and Ingram's Restaurant in Cheraw. She spent many years serving customers at Wallace Motel Restaurant, often requested by the regulars because she was efficient, friendly, and respected. She loved to tell the story of how she served Oprah Winfrey, Danny Glover, and Steven Spielberg at the restaurant in 1985 while they were filming "The Color Purple" nearby.

Margaret loved people, and she reveled in extended conversations over cups and cups of coffee. A shrewd shopper and coupon-cutter, she could stretch a dollar and feed her family well on little money. Anyone who visited her tidy home was welcomed with love and food, for it was through crispy fried chicken, golden biscuits, chocolate layer cake, and cold banana pudding that Margaret best showed her love. Most importantly, she loved her family best, and the more grandchildren and great-grandchildren surrounding her, the happier she became, her face brimming with joy. She was a friend to animals and leaves behind her talkative yellow Ringneck Parrot, Yelton.

Though Margaret suffered many losses, she never relinquished her faith in God or her contagious sense of humor. Her indomitable beautiful spirit blessed our lives, and her legacy of love and courage will forever be kindled in our hearts.

She is survived by four children: Donnie Pierce of Waynesboro, PA, Brenda Lampley of Surfside Beach, SC, Pam Byrd of Murrell's Inlet, and Randy Pierce of Cheraw as well as one sister, Louise Plecker of Millboro, VA.

To order memorial trees or send flowers to the family in memory of Margaret Pierce, please visit our flower store.
Send a Sympathy Card