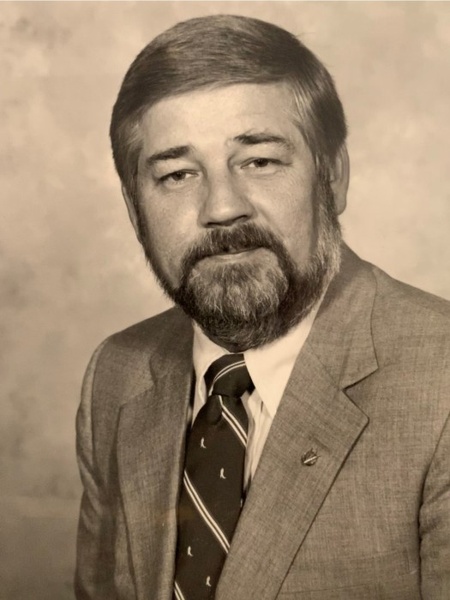 John Maxcy Brown (Johnny Mack) 80, of Bowling Green, KY peacefully passed away in his home on Sunday, November 8th, 2020. During his childhood, John made the most important decision of his life when he accepted Jesus Christ as his personal Lord and Savior. This decision led him to be baptized at First Baptist Church Cheraw, South Carolina and set him on a course of service and fidelity that followed him the rest of his life.

As a high school student John distinguished himself as an excellent athlete, playing football for Cheraw High School and earning his way to the prestigious Tobacco Bowl with other all-stars from North and South Carolina. After high school, John turned his quick mind and nimble hands from football to serve his country in the United States Coast Guard. John distinguished himself as a Radioman First Class on the Coast Guard Cutter, USCG Chautauqua. While based in Miami during the Cuban Missile Crisis, John fulfilled his duty by relaying countless coded messages that surely helped contribute to the safety and freedom of everyone he held dear.

After returning home, a providential blind date led John to meet and marry the love of his life, Vicki Karen Tadlock. During their 53-year marriage, God used their bond to bring Marcus Waldren and David Christopher into the world. John loved sports, especially when the South Carolina Gamecocks were playing. His team of choice certainly served as an indicator of his loyalty. John loved God, his church, studying the Scriptures, and singing old hymns. He loved his Sunday School class. Most of all, he loved his family and felt particularly grateful to be blessed during his later years with granddaughter, Miriam Grace.

Friends may visit Thursday, November 12th between 4 and 6 pm at JC Kirby and Sons Funeral Home on Lovers Lane in Bowling Green.

A family service and the interment will be held 11 am Saturday, November 14th at Old St. David’s Church in Cheraw, South Carolina.

In place of flowers, memorial contributions may be made to Eastwood Baptist Church.

To order memorial trees or send flowers to the family in memory of John Maxcy "Johnny Mack" Brown, please visit our flower store.