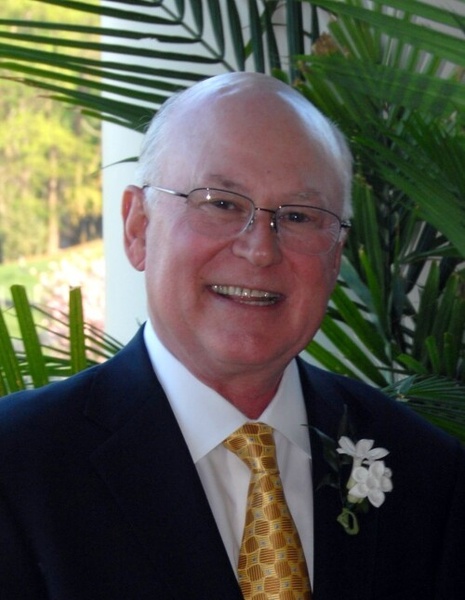 John P. Winburn of Venice, FL, passed away on January 26, 2022, surrounded by family and friends. He was born in 1949 and was the oldest son of the late John and Margaret Winburn.

John grew up in a small town in South Carolina where good manners and southern charm were permanently instilled in him. As a young man, John served in the National Guard and after graduating college, he left his hometown for Washington, DC and the halls of Congress where he proved to be an excellent student for his mentors, Representatives Tom Gettys and Ken Holland. John had his own political aspirations and in 1982 made an unsuccessful bid for Congress. Ever the optimist, John would later say the loss was the best defeat he ever suffered as it propelled him into the exciting and influential world of Washington lobbying. In a career spanning four decades, John was recognized as a top 10 tax lobbyist whose accomplishments vastly improved the lives of generations of American families and will be his lasting professional legacy.

A southern gentleman with an infectious smile and a personality to match, John opened doors—both figuratively and literally—for scores of people from all walks of life. He was the quintessential people person who loved asking others about themselves and their families and easily recalled every detail at their next encounter. On any given day John could be found at his "satellite office", the National Democratic Club, holding court with Members of Congress and other lobbyists. John hosted countless fundraising dinners at his DC home always serving up a feast of laughter, friendship, and commitment to good government. He would concoct the most hilarious stories to share with his dinner guests who would laugh so hard they cried.

John was a masterful communicator who had a brilliant way of stringing words together to both influence and entertain. He knew when and how to add levity to a situation by pulling from an inexhaustible library of amusing idioms and "Winburnisms”—"You can’t put a quart of water in a pint jar” and “Now we’re getting to the wet part of the onion". He was incredibly giving and made generosity a lifestyle.

John will be remembered as a great, sweet soul who radiated happiness and positivity to all who crossed his path.

A devoted husband and father, John is survived by his wife, Bonita Hollis; his son, Ben, wife Nicole and their children Charles, Margaret and Annabelle; his stepson Michael, wife Virginia, and their children Misty, Michael, Connor, Kieran, and a great granddaughter Abby; his siblings, Kenneth, wife Betty and their son Brian; Diane, husband David Dyches; and a niece, Rhonda. In addition to his parents, John was preceded in death by his wife Alice Hinson and his brother Joseph.

"Thank you for being my friend"

To order memorial trees or send flowers to the family in memory of John Winburn, please visit our flower store.
Send a Sympathy Card