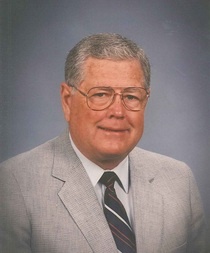 John Harrison Sartor, Sr., 81, died Sunday, February 16, 2014. Born in Alabama he was the son of the late Henry Harrison and Sadie Howle Sartor. He was a charter member of Faith Presbyterian Church, Cheraw, SC. Mr. Sartor was an avid fan of the Cheraw Braves and the University of South Carolina Gamecocks. He received an athletic scholarship and played for the Gamecocks in the 1952 and ’53 seasons. He was the play by play announcer for Cheraw High School, covering football, baseball and girls softball. He was a referee for the Cheraw Parks and Recreation Department (football, baseball and softball). He enjoyed playing golf with his friends.

He was preceded in death by his parents listed above and a son-in-law, Freddie Davis.

The family will receive friends 1:00 PM to 2:30 PM, Wednesday, February 19, 2014 in the fellowship hall of Faith Presbyterian Church, Cheraw, SC. A funeral service will be held at 2:30 PM Wednesday, February 19, 2014 in the sanctuary of Faith Presbyterian Church. Burial will be in Chatham Hill Memorial Gardens.

To order memorial trees or send flowers to the family in memory of John Sartor, please visit our flower store.