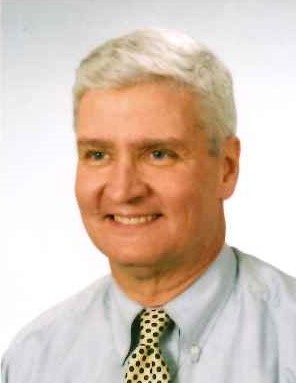 John Ellison Moore, III of Cheraw, SC, died while on an extended trip to Thailand on Wednesday, March 22, 2017. A graveside service will be held Thursday, May 11, 2017 at 4:00 PM in Morven Cemetery, Morven, NC, with the Reverend Alan Arnold officiating.

Mr. Moore was born in Charlotte, NC, on May 9, 1939, to the late John Ellison Moore of Morven, NC and Jean Hardin Marion Moore of Chester, SC. His maternal grandfather was Judge John Hardin Marion of the South Carolina Supreme Court who lived in Chester, SC, where he raised his six children.

A young Johnny Moore moved with his family to Rock Hill, SC in 1948, where he attended Winthrop Training School and graduated in 1957. He then attended the University of North Carolina at Chapel Hill and received a Bachelor of Arts degree in Communications, cum laude, in 1961.  Immediately following graduation from UNC, he served in the US Army for two years directing training films at the Army Pictorial Center in New York City. Later, Mr. Moore served in the Navy and worked his way up to the rank of Commander. He also obtained an MBA at the University of Tennessee in Knoxville.

Mr. Moore was a well-distinguished advertising businessman. He enjoyed a long career as a communications and marketing specialist, working for large agencies in Philadelphia, Chicago, Knoxville, and Atlanta. While working in Philadelphia he was honored as the 1965 Jaycees “Man of the Year.” He was most proud of the campaigns he created or supervised for Zenith TV (“The quality goes in before the name goes on.”), Magnavox, Chrysler, Scott Paper, McDonald’s, Coca Cola, and Mello-Yello. His most famous campaign was realized through AT&T with the slogan, (“Reach out and touch someone.”). He retired in 1994 after a successful 30-year career.

After retirement, Mr. Moore continued to serve others through his volunteerism with the Peace Corps. His assignment was Katowice, Poland, where he taught Business English at the University of Silesia. After the obligatory two-year commitment, he was hired as a civilian faculty professor at the same university and remained there until 2008.

Through the World Teach Organization, Mr. Moore worked to educate people in countries around the world including China, Spain, and Colombia, South America. He most enjoyed teaching college students how to become successful businessmen and businesswomen. He traveled extensively and enjoyed the friends he made along the way, especially in the countries of Poland, Tunisia, Colombia and Thailand.

To order memorial trees or send flowers to the family in memory of John Moore, III, please visit our flower store.
Send a Sympathy Card