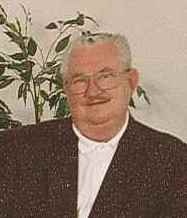 John Olin Atkinson, 75, died Sunday March 6, 2016. Born in Angelus, SC he was a son of the late James Owen and Marie Middleton Atkinson. He was a member of First Baptist Church, Cheraw, SC. He was a past Worshipful Master of the Cheraw Masonic Lodge #15. Mr. Atkinson was a US Army Veteran (Helicopter Mechanic) having served in Vietnam 1963-1964. He enjoyed hunting and fishing, collecting and restoring classic cars, and hosting pig-pickins.

He is preceded in death by his parents listed above and a brother, James Kenneth Atkinson.

Burial with military honors will be in Chatham Hill Memorial Gardens, Cheraw, SC.

To order memorial trees or send flowers to the family in memory of John Atkinson, please visit our flower store.