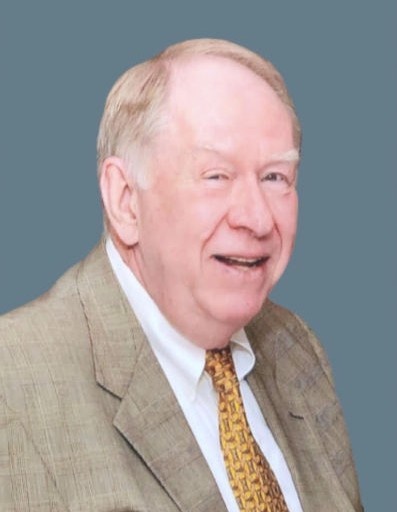 Chances are, if you passed through the Chesterfield County or Orangeburg County public school systems, whether it be as a student, parent, or employee, you crossed paths with Joe Bradham.  Praised for his kindness and selfless devotion to his family, friends, and colleagues, and known for his generous spirit, booming voice, and humor, Joe was a pillar of the Cheraw, SC community for the past 34 years.

Born on December 9, 1940 in Manning, SC, Joe Thomas Bradham, Jr. was the eldest son of Corinne Otis Phillips and Joe Thomas Bradham, Sr.  Growing up working on the family's farm, Joe was no stranger to hard work and tough times.  From a young age, he witnessed the economic and racial inequalities in his community and understood the power of education and public service to bring about a positive change.  In 1962, he became the first member of his family to graduate university, taking a job in the Wofford College cafeteria to help cover the cost of his tuition.  Receiving his B.A. from Wofford as well as his certification to teach biology and elementary education, Joe began his career as a teacher and coach in Orangeburg's District Five.

It was Joe's very first teaching role at Thackston Junior High School that introduced him to his future wife, Nan Elizabeth Myers.  When Nan was recruited on campus at Winthrop University to teach at Thackston by the principal at the time, the principal sweetened the prospect of joining Thackston's English department with the suggestion that he already had her ideal husband on his teaching staff.  With Nan in need of a ride to visit her family in nearby Sumter on weekends, and Joe, a proud car owner, Joe and Nan’s courtship had wheels from the start.  The two tied the knot in 1965 and moved to Boone, NC, so Joe could earn his Master's degree and Principal certification at Appalachian State University.  In the years that followed, Joe quickly ascended the administrative ranks in Orangeburg School District Five, serving as Principal of Mellichamp Elementary School, Thackston Junior High School, and Orangeburg-Wilkinson High School, where he was instrumental in guiding and supporting the integration of Orangeburg County's school system.  Joe was appointed Assistant Superintendent of Secondary Education in 1979 followed by Associate Superintendent for Administration until 1986.  He also taught graduate courses in School Administration as an Adjunct Instructor in the School of Education at South Carolina State College.

With his professional career on track, Joe and Nan set out to build a family.  They welcomed daughter, Laura, in 1970 and were content as three until their first son, Thomas, surprised them with his arrival in 1975.  Seven years later, when their second son, Nicholas, came as yet another unexpected surprise, they decided their family was complete.  Joe always liked to joke, "We were fully blessed, and it was time to make sure there were no more miracles."

After over two decades of tenure in Orangeburg’s school system, earning his Ed.S. from the University of South Carolina, and his youngest newly potty-trained, Joe was appointed as Superintendent of Chesterfield County Schools in 1986 and moved his family to Cheraw.  As Superintendent, Joe restructured the Chesterfield County public school system, overseeing a comprehensive building and renovation plan that expanded and dramatically improved the county's school facilities and programs.  Even after retiring from Chesterfield County Schools in 1996, Joe continued his commitment to education by joining Moseley Architects as a consultant to help guide the firm in the construction and design of new school facilities across the Southeast.  When Joe retired from Moseley Architects in 2015, he had spent more than five decades in the public education arena.

Throughout his life, Joe sought to support his community as well as public education.  Early in his career, Joe served as President of the AAAA Conference of SC High School Athletics and as Treasurer of the SC High School League.  Later, he was appointed President of SC’s School Superintendents Association as well as President of both the Orangeburg and Cheraw chapters of the Rotary Club.  In Orangeburg, he was a trustee of the Dick Horne Foundation, which provided educational scholarships to students, and served as a member of the Board of Directors and President of the United Way.  He served on the board of Hospice of Chesterfield County and was a ten-year board member of Northeastern Technical College in Cheraw.  Additionally, Joe was Chairman of the Board of Deacons for both First Baptist Church of Orangeburg and First Baptist Church of Cheraw and served in leadership positions at Cheraw Country Club, where he loved to play golf.

Joe was so proud to see his children embrace his love of education and use it to pursue their own dreams.  His eldest, Laura Bradham Clark, has followed in his footsteps.  After attending College of Charleston, Winthrop University, and Gardner-Webb University, she is the Assistant Principal of W.A. Bess Elementary in Gaston County and resides in Gastonia, NC.  Her partner, Chris, also works in public education.  Joe was particularly proud that Laura’s daughters, Virginia Reis and Avery Myers, were both accepted to his alma mater, Wofford College, where Reis graduated in 2020, and Avery will graduate in 2022.  Thomas Bradham attended the University of South Carolina, then MUSC, to become a Pharmacist.  Thomas now lives in Florence, SC with his partner, Charlie.  Nicholas Myers Bradham graduated Davidson College as well as UNC’s Kenan-Flagler Business School, and is a Human Resources Manager at Bank of America, living in New York City with his husband, Brett.  Joe loved spending time with his brother, Bobby Bradham (Barbara Jean), of James Island, SC, as well as his sister, Phyllis Causey (Lindsey), of Conway, SC.  He was predeceased by sister Catherine Eaddy (Jack) of Columbia, SC.

In the last several years, though his mobility was compromised after being diagnosed with Charcot-Marie-Tooth syndrome, Joe remained strong of mind and spirit, continuing to stay active and live independently despite the disease.  He was devoted to caring for Nan as she suffered with dementia, visiting her daily to hold her hand and sit by her side when she finally entered Cheraw Healthcare Nursing Home.  Even during the pandemic, he persisted calling, FaceTiming, and masking up to visit her window.  Earlier this Fall, Joe realized his body was giving out, and he moved into Cheraw Healthcare for a brief time.  After quarantining in his room for two weeks, Joe was reunited with his wife of 55 years, Nan, for a special lunch date, where he got to hold her hand once again after over six achingly long months apart.  The next day, he was transferred to McLeod Hospital in Florence, where he later passed peacefully on November 24, 2020.

A visitation will be held from 2:00 PM to 4:00 PM Saturday, December 19, 2020 at Kiser Funeral Home in Cheraw.  In lieu of flowers, please make a contribution to Hospice of Chesterfield County Foundation, P.O. Box 293, Chesterfield, SC 29709 or Connie Maxwell Children’s Home - https://www.conniemaxwell.com/donate

To order memorial trees or send flowers to the family in memory of Joe Bradham, Jr., please visit our flower store.