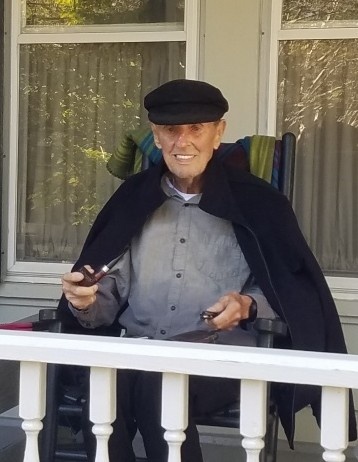 James Carl Anderson left this earthly world peacefully December 16, 2019, in Charleston South Carolina. “The fear of death follows from the fear of life. A man who lives fully is prepared to die at any time.” Mark Twain. Born on June 10, 1934 in Mason City, Iowa, Jim was the son of the late Carl Manly Anderson and Gladys Harrison Anderson. Jim was the husband of Barbara Westre Anderson for 55 years .(Barbara preceded him in death in 2014 and we are sure she was patiently awaiting his arrival in heaven.) After serving in the Korean War Jim attended the University of South Dakota where he majored in Biology and Zoology. One of his activities at USD was working lighting in the drama department. He often reflected that he met and quickly fell for Barbara, who was majoring in drama. Jim proposed to her behind the chemistry building. They leave behind three grateful children, Gus (Gamble),Trish (Andy) and Elizabeth (Andy) and five amazing grandchildren, Lauren, Lindsay, Savannah, Christopher and George. There are so many others in his life that he considered to be his family.

Jim’s job with the US Fish and Wildlife Service took his family on amazing adventures throughout the southeast, and they chose Cheraw as their forever home.

Not one to be limited to travels in the US, Jim accepted a job with The Food and Agricultural Organization of the United Nations and packed his brave family up to move to the Philippines in 1969 for 2 years. He enjoyed it so much that he accepted another job offer with the UN and returned to the Philippines again for a few years in 1979. Jim’s love and appreciation for all that the world had to offer would later encourage his children and grandchildren to open their minds to the world.

Gardening was another passion of Jim’s and all that knew him were fortunate to enjoy vegetables from his garden and delicious food from his kitchen. He also enjoyed cooking for others and taking care of his neighbors and friends. He penned a family cookbook after continued requests for his recipes.

Jim was an avid reader and served on the Chesterfield county library board for several years. When any of his children wanted to know more about a subject he often said “look it up”! Jim encouraged debate, and to know your views and be able to defend them intelligently. He enjoyed reading to his children and grandchildren and as they grew he often read whatever books they were reading.

After he retired from the Federal Government, Jim opened Carl’s Yard Maintenance. He and Barbara enjoyed being outside in customers’ yards and sharing his knowledge and love of plants and trees. He was never far from God’s many creatures and plants.

Jim was a faithful servant of God and served on the Vestry, The School Board and the Altar Guild at St. David’s Church in Cheraw, SC.

Jim was also passionate about the preservation of Old St. David’s Church in Cheraw. During the restoration of Old Saint David’s, Jim helped procure the current bell from a retired Navy ship.

In lieu of flowers the family asks that you make a donation to Chesterfield county library or a library of your choice or To St. David’s Church. In his memory you are encouraged to plant a tree, read a book, take care of your neighbor, and encourage reading in children.

“Let us endeavor to live that when we come to die even the undertaker will be sorry” Mark Twain.

A memorial service for Jim will be held at St. Davids Church on February 8, 2020 at 10:00 am Cheraw, SC followed by interment at Old St. Davids Cemetery.

To order memorial trees or send flowers to the family in memory of James (Jim) Anderson, please visit our flower store.