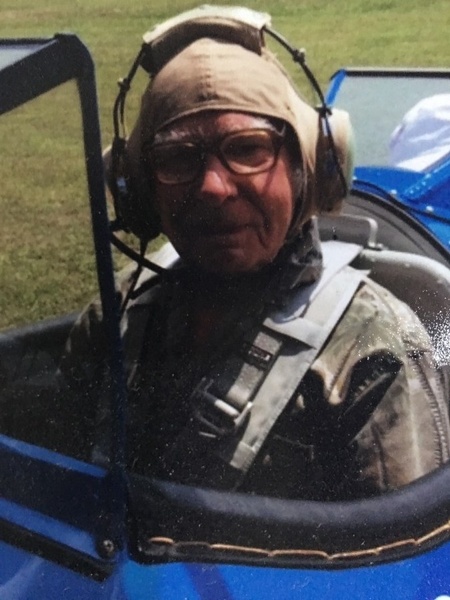 Dr. James Hodges was born in Blair, Oklahoma. He married Doris Crawford of Arpelar, Oklahoma in 1951. They enjoyed 66 years of marriage which took them on trips and adventures throughout the United States and Europe during his United States Air Force career.

After retiring as a Lt. Col, James joined Pee Dee Pathology in Florence, SC.  He worked at the McLeod Hospital for 10 years before his retirement.

Academically, he obtained degrees from Tahlequah College, Oklahoma; The University of Southern California; and The Ohio State University.

While in the USAF, he served in Korea. He was awarded numerous commendations, medals, and honors while serving his country for 25 years. He became a licensed pilot in Germany in 1960.

James greatest joy for the past 58 years was flying. He died in a plane crash doing what he enjoyed most in life. He always had a joke for his friends at the Florence FBO and South Carolina Fly-in Breakfast Club. “Doc” will be remembered by his flying buddies for his sense of humor and passion for flying.

He will be laid to rest at the National Cemetery in Florence, SC on Friday, September 21, 2018 at 10 am.  The family will receive guests at the cemetery immediately following the service.

Funeral arrangements are being performed by Kiser Funeral Home in Cheraw, SC.

To order memorial trees or send flowers to the family in memory of James Hodges, please visit our flower store.
Send a Sympathy Card