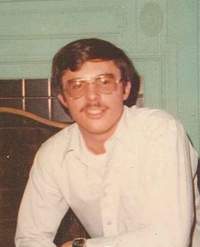 Cheraw, SC Jackie Hewitt Hardwicke, 58, died Sunday, December 8, 2013. Born in Raleigh, NC he was a son of Hazel Ruth Bowling and the late Sidney Maynard Hardwicke, Sr. He had served with the Cheraw Police Department and the Cheraw Rescue Squad. He enjoyed fishing, being at the beach and cooking.

To order memorial trees or send flowers to the family in memory of Jackie Hardwicke, please visit our flower store.