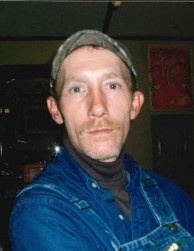 Hubert Ray “Ray-Ray” Melton, 45, died Monday, November 30, 2015. Born in High Point, NC, he was a son of and known as “Sunshine” to the late Patricia and Hubert Melton. He was a very proud employee of American Mechanical & Piping (AMP) and loved his job as a welder/fabricator. Mr. Melton was “THE Clemson Fan.” He enjoyed doing yard work, and spending time with his grandchildren, great nephew Aiden and his Boxer bulldog, China.

Memorials may be made to a charity or foundation of your choice.

To order memorial trees or send flowers to the family in memory of Hubert Ray Melton, please visit our flower store.