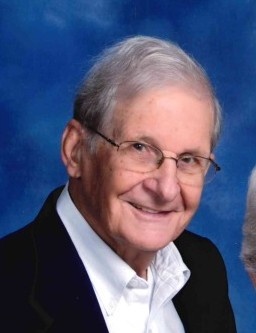 Mr. Brasington's service will be streamed live on Kiser Funeral Home's Facebook Page. If you are attending the service, please adhere to the COVID precautions suggested by local health officials.

Henry Williamson Brasington, Sr., 93, died Tuesday, January 5, 2021. Born in Cheraw, SC, he was a son of the late James Bayard and Roxanna Nathalie Burch Brasington. He was a World War II, US Navy Veteran. Mr. Brasington was retired from Palmetto Brick Company. He had been co-owner of Cheraw Brick Works. His duties had included sales, shipping, and payroll. He was a life time member of Cheraw First Baptist Church where he had served as a Deacon, Chairman of Ushers since 1949, the tape ministry, sound tech for worship services, and secretary of the Berean Sunday School Class.

He was preceded in death by his parents listed above, brothers, J.B. Brasington, Eugene Brasington, Bobby Brasington and a sister, Kathleen B. Chestnut.

To order memorial trees or send flowers to the family in memory of Henry Brasington, please visit our flower store.
Send a Sympathy Card