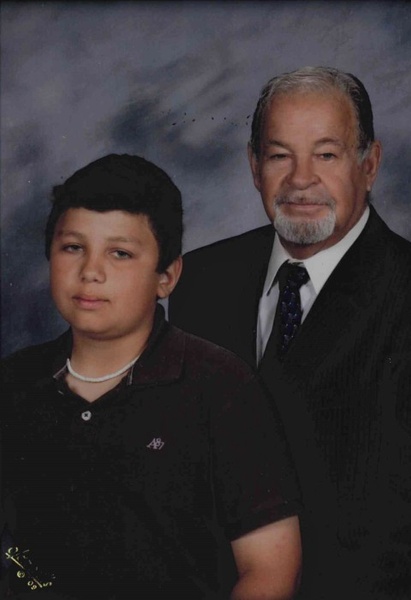 Harry Laverne Tucker, 77, went home to be with his Lord and Savior on Thursday afternoon, June 27, 2019 at McLeod’s Regional Medical Center in Florence, SC. He died suddenly and unexpectedly after a brief illness from a bad infection in his body. The exact cause of the infection was never determined prior to his death.

Mr. Tucker was born in Society Hill, SC. He was the son of the late Aaron Fulton Tucker, Sr. and Ruby Helen Tucker. He was a devout member of Westside Baptist Church. He loved his church and his pastor, Dr. Steve West, dearly. His faith in God was very strong and he firmly believed in the power of prayer. He was very dedicated to reading and studying his Bible and he studied his Sunday School lessons faithfully.

Harry was a Gideon of the Cheraw Camp. He was an original member of the Society Hill Rescue Squad whenever it was first organized. He was a former member of Cash Baptist Church where he served faithfully for many years in numerous positions. Harry served on the Board of Trustees of Cash Rural Fire Department whenever it was organized in the late 70’s, served as their chaplain and was a Captain of third shift for a number of years. Harry was a self-employed septic tank contractor, water well driller, and did industrial maintenance cleaning until his retirement. Harry joined the US Army at the age of 17. When he returned home from Fort Bliss, TX, he joined the SC National Guard in Cheraw, where he served for 6 years. He was an avid Cheraw Braves Fan.

A funeral service will be held 3:00 PM, Sunday, July 07, 2019 at Westside Baptist Church. Burial with military honors.will be in Chatham Hill Memorial Gardens.

He is survived by his beloved wife, Anna Margaret Mathis Tucker, whom he lovingly referred to as his ‘bride’ during their latter years together. They had just celebrated their 58th wedding anniversary on June 11, 2019. He leaves to cherish his memory the Tuckers’ only child, Djuana T. Buchanan; granddaughter, Brandi (“Danny”) Hansen; grandson, Brandon (DeAnna) Buchanan, precious “Lizzie” Lynn and her pet chicken, LaLa; great-granddaughter, Madison Anne Tucker Hansen; great-granddaughter, SaVannah (Austin Nolan) Britt and their son, Westyn Cash Nolan. His sisters who have survived him are Margaret (Richard) Stafford, Betty T. Roberts, and Sue T. Gainey all of Cheraw, SC, Debbie T. Hanna of Fort Mill, SC. There are nieces and nephews and their family members who will cherish the memory of their Uncle “Buddy”. Also surviving him are many cousins in North and South Carolina; grandsons-of-the-heart, Adam Lundy and Tanner Lundy; and his ‘adopted niece’, Melissa Vick Bailey. Harry was very excited about the upcoming birth of another great-granddaughter, Annah-Bryant Harryette Hansen, who is due in October.

He leaves his dear friends, Richard Harrison, Randy King, and Dewitt Hilliard who will remember and miss him greatly. He leaves behind very special in-laws, Edward and Sara Mathis Starling, their daughters, and their families; Woodrow Mathis, Jr., his daughters and grandchildren; special cousins, Rev. Bobby and Laurie Tucker Norris and their sons; his bulldog, “Joker”; and many special pets at the Buchanan Pet Farm in Cash Community.

He was preceded in death by his parents listed above; his beloved, precious 14 year-old grandson, Bryant Buchanan, whom he adored; his sisters, Helen (“Peggy’) Griggs and Faye T. White; his brothers, J.D. Tucker and one-month old “Bobby” Tucker; his beloved mother-in-law, Margaret Linton Mathis, who treated him like a son; also many aunts and uncles; his ‘adopted’ nephew, USMC Cpl. Kelly Keith; special friends Tommy and Reatha English; and his very loving dog, “Bubba” who died suddenly in December, 2018.

Please feel free to dress casually or as Harry would have seen you.

To order memorial trees or send flowers to the family in memory of Harry Tucker, please visit our flower store.