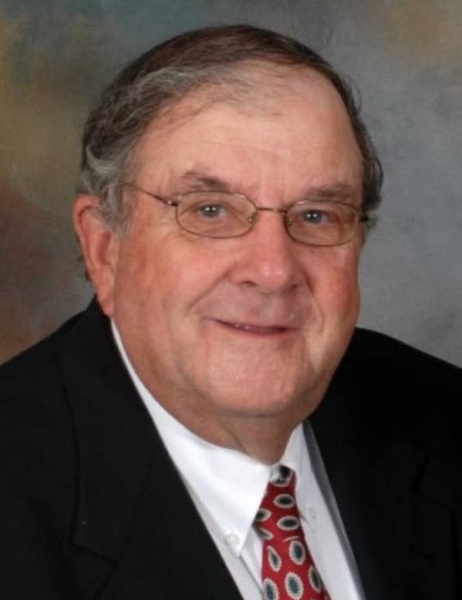 Mr. Lomas graduated high school from Eau Claire High School in Columbia, SC and earned an engineering degree from the University of South Carolina.  He served his Country Proudly in the United States Air Force in France during the Berlin Crisis.  He began his working career with the South Carolina Highway Department working with the Co-Op Program.  Harold began working for Burlington Industries in 1965 as a trainee and moved up the corporate ladder until 1980 when Burlington became Highland/Takata Industries.  He again moved up the corporate ladder with Highland/Takata becoming the Company’s Senior Vice President until his retirement in 2001.

Harold was very active in his community, being associated with many organizations.  He was a member of the First United Methodist Church of Cheraw, where he served in many capacities, including, a former Chairman of the Board of Trustees, and an active member of his men’s Sunday School Class.  He was also a loyal supporter of his beloved church and loved his church family.  Mr. Lomas was a Board Member of the Chesterfield General Hospital as well as the past President of the Cheraw Country Club and the Cheraw Jaycees. Mr. Lomas was an influential member on the Chesterfield County Economic Board and was named South Carolina Ambassador for Economic Development in 1992 by Governor Beasley.  He was named the 1998 Cheraw Citizen of the Year and was a member of the Cheraw Chamber of Commerce and the Cheraw Kiwanis Club.  Mr. Lomas was a lead supporter in many projects, including, the expansion of Northeastern Technical College, the ATE-Industry Technician Training Program, the Development of Arrowhead Park, the Restoration of the Theatre on the Green, the Construction of the new Matheson Memorial Library, and the continued improvements at Cheraw Municipal Airport.

Along with his parents, listed above, he was preceded in death by a brother, Larry Lomas.

A memorial service for Mr. Lomas will be held at a later date.

If you would like to make online condolences, please do so at www.kiserfuneralhome.com.

To order memorial trees or send flowers to the family in memory of Harold Lomas, please visit our flower store.
Send a Sympathy Card