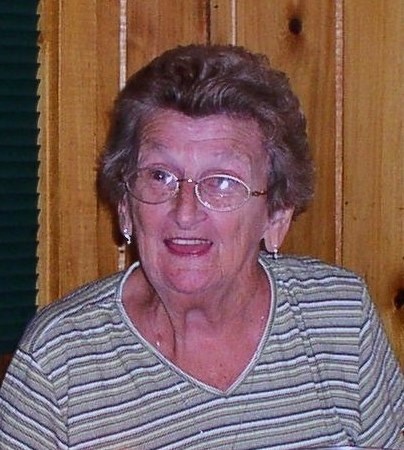 Frances McRae Laney, 94, entered into rest Sunday, March 5, 2017. Born in Bennettsville, SC, February 10, 1923, she was a daughter of the late Walter and Ruth Jennings McRae. She was the widow of Thomas Belton Laney. She was a nurse and a graduate of Columbia College. She dedicated much of her life caring for others as a registered nurse at Chesterfield General Hospital, Chesterfield County Health Department and later retired from Burlington Industries. Mrs. Laney was a lifelong member of The First United Methodist Church of Cheraw, was a member of the choir and a MYF leader for many years. She was an avid football, baseball, and basketball fan and enjoyed fishing, swimming and camping.

She was preceded in death by her husband and parents listed above, a sister Eleanor Kornahrens of Dillon, SC, a brother Walter McRae of Charlotte, NC and a grandson Charlie Scott Laney of Cheraw, SC.

A funeral service will be held 3:00 PM Wednesday, March 8, 2017 at The First United Methodist Church of Cheraw. Burial will follow at Old St. David’s Cemetery in Cheraw. The family will receive friends from 2:00 PM to 3:00 PM prior to the service in the Caston Building of the Methodist Church.

To order memorial trees or send flowers to the family in memory of Frances Laney, please visit our flower store.