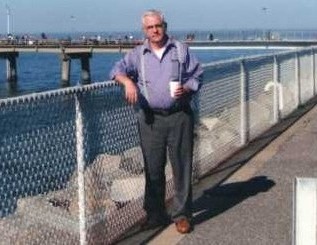 Everett Ryvers Mason, Jr. (“Sam”) passed away on January 10, 2017. He was born in Wadesboro, NC on July 17, 1943 to Everett and Ruth Parker Mason. He graduated from Wadesboro High School in 1961. Soon after graduating he joined the U.S. Army, embarking on an extremely interesting and educational military career punctuated by numerous awards and commendations. Assignments over the years took him and his family to faraway places such as Korea, Vietnam, Germany and Greece. The Mason family established many strong and lasting friendships during their foreign travels, which are maintained to this day. Upon his military retirement in 1981 he once again embarked on an interesting career, this time in transportation. He and his “Big Rig” could be spotted anywhere from Arizona to Maine during those years. He retired a second time in 2004.

Sam was a member of the First Baptist Church of Cheraw serving as President of the Berean Sunday School Class.

Sam was a kind and compassionate man whose outgoing friendliness brought him many friendships. He will be greatly missed by all who knew him.

Burial with full military honors will be held in Chatham Hill Memorial Gardens.

Those who would like to offer a memorial may do so to First Baptist Church, Cheraw, SC or to a hospice program of their choice.

To order memorial trees or send flowers to the family in memory of Everett Mason, Jr, please visit our flower store.
Send a Sympathy Card