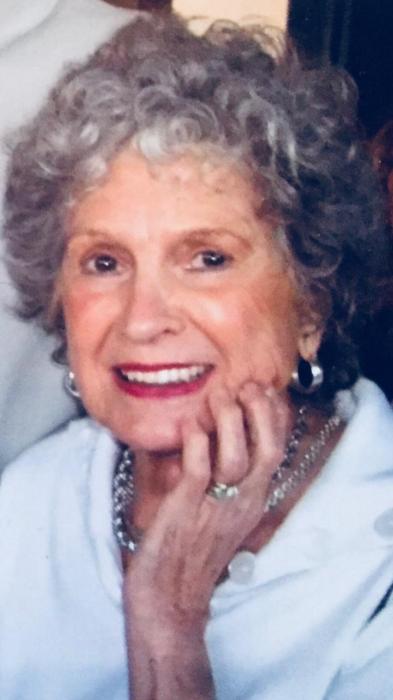 Ethel Ann Laney Streater, “Candy”, retired educator, died on November 11, 2018, at her home in Cheraw, South Carolina.  Mrs. Streater was born August 28, 1929, the second of three children to Campbell Plyler Laney and Grace Ethel Baskin Laney.  She was predeceased by her parents, her sister, Jean Laney Harris, and her husband, Charles Anthony Harris, her brother Campbell Plyler Laney, Jr. and his wife, Mary Blanche Corry Laney.  Mrs. Streater grew up in Cheraw, SC.  She graduated from Cheraw High School, attended Columbia College, received a Bachelor of Arts from Coker College, and a Master in Education from the University of South Carolina. She married James Allan Streater on August 31, 1948.  She and Jakie made their home in Cheraw, where many visitors were warmly welcomed and enjoyed through the years.

Mrs. Streater had a varied work experience while raising five children.  She worked at Becker Sand and Gravel, First Citizens Bank and Trust, and J.P. Stevens, all in Cheraw.  After receiving her Masters Degree, she taught English at Cheraw High School.

She was a life member of First United Methodist Church in Cheraw, SC, and on November 12, 2017, she and her husband, Jakie, celebrated the 80th anniversary of their joining the church; the couple joined FUMC on the same day in 1937.  Ethel Ann was eight years old and Jakie was ten, making them the longest continuous members at FUMC.  She taught Sunday School, was a charter member of the Fred and Lorraine Harris Sunday School Class, and a member of the Women’s Society of Christian Service, for which she served as President for 4 years.  She served on many various committees, including as chairperson of the Interior Design Committee.  As church historian, Ethel Ann compiled and edited a book on the history of the First United Methodist Church in Cheraw, Our Story.  FUMC received the Herbert Hucks Award in 2011 for this publication.

The Streater family would like to graciously acknowledge and bestow our gratitude to McLeod Hospice of the Pee Dee; our devoted caregivers, Tina St. Pierre and Gayle Grant; and many kind friends and neighbors.

A celebration of life service will be held at 3:00 pm, Sunday, November 18, 2018, at the First United Methodist Church, Cheraw, SC.  The family will receive friends, prior to the service, at 2:00 pm, in the church parlor.

To order memorial trees or send flowers to the family in memory of Ethel Ann Laney Streater, please visit our flower store.
Send a Sympathy Card