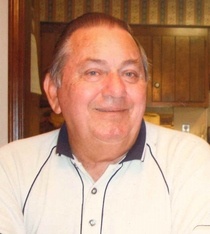 Ernest Boan, 79, died Tuesday, March 10, 2015. Born in Cheraw, SC he was a son of the late Curtis L and Geneva Boan. He was the widower of Rejean A. Boan. He was a member of North Cheraw Baptist Church. He was retired from (James Fabrics) Highland Industries with 47 years of service. He enjoyed sports and fishing.

He was preceded in death by his parents and wife listed above, his biological mother who died when he was 2, Virginia Perkins Boan, brothers, Curtis “Buck” Boan, Jr., David Boan, Bradford Boan and a sister, Lorene Hayes.

Memorials to the charity of your choice.

To order memorial trees or send flowers to the family in memory of Ernest Boan, please visit our flower store.