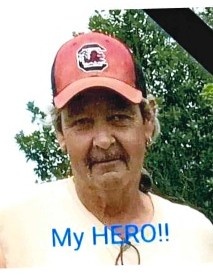 Edwin Chris Griggs, 61, died Thursday, January 17, 2019. Born in Bennettsville, SC, he was a son of Edwin Harrison Griggs of Wallace, SC, and the late Rose Linton Griggs and stepson of the late Grace Griggs. He was a race car driver during 1990s – 2000s at Florence Motor Speedway, he loved spending time with his grandchildren, and loved his family and friends and would give you the shirt off of his back if needed.

He was preceded in death by mother and stepmother listed above, a brother, Duncan Chapman, sister, Deanna D. Miles, and brother in law, Billy Wester.

To order memorial trees or send flowers to the family in memory of Edwin Griggs, please visit our flower store.