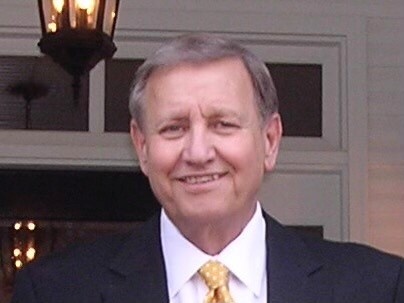 The following obituary is being posted as a courtesy to the family of Mr. Edward James White, Jr. The Staff of Kiser Funeral Home extends our deepest sympathies to the family. All online tributes will be forwarded to the family.

Mr. Edward James “Jim” White, Jr., 77, died on Tuesday, April 6, 2021.  Born, December 14, 1943 in Chesterfield, SC, he was a son of the late Edward James “E.J.” White, Sr. and the late Clemmie Phillips White.  “Shorty” as known by many friends in Chesterfield County, was a graduate of Cheraw High School, and graduated from Clemson University as a Distinguished Military Graduate from the ROTC Program.  He then served his country proudly in the United States Army as a First Lieutenant.

Jim was a member of Dunwoody United Methodist Church, and was a very generous person, loving community service.  He worked his entire career in technology with various companies and holding many management roles. After his first retirement, Jim worked for Coca-Cola retiring again after 10 years of service with them.  Jim was a kind, compassionate and loving person who enjoyed spending time with his family, especially his grandchildren. While attending high school he played all three major sports.  He loved attending his High School Reunions, and he also loved his dogs.

Jim is preceded by his parents, E.J. White and Clemmie Phillips White.

A memorial service will be held at 2:00 p.m. on Saturday, May 1, 2021 at Dunwoody United Methodist Church in Dunwoody, GA.  The family will receive friends following the service at the church.

Memorials may be made in Jim’s Memory to Regency Hospice, 205 East Main Street, Chesterfield, SC 29709.

To order memorial trees or send flowers to the family in memory of Edward White, Jr., please visit our flower store.