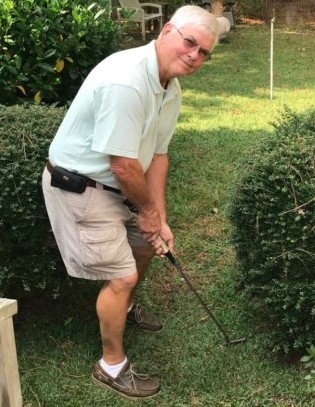 Edgar “Brother” Taylor Redfearn, Jr., 71, died Tuesday, August 7, 2018. Born in Wadesboro, NC, he was a son of the late Edgar Taylor, Sr. and Amy Hendrix Redfearn. He was a member of Cheraw First Baptist Church, where he served as a Sunday School teacher, deacon, and trustee. He was also involved in the nursing home ministry and a member of the security team for Cheraw First Baptist. He was a member of The Gideons International. He previously received the President’s Award from the South Carolina Association of Public Transportation.  He was a 1968 graduate of The Citadel, where he played football for the Bulldogs. He was also a member of The Citadel Alumni Association and The Citadel Brigadier Club. He was an avid golfer, loved traveling, spending time at the beach, woodworking, and adored his family.

The family will receive friends from 3:00 PM to 4:00 PM on Thursday, August 9, 2018 in the foyer of Cheraw First Baptist Family Life Center.

A funeral service will be held at 4:00 PM on Thursday, August 9, 2018 in the sanctuary of Cheraw First Baptist Church.

To order memorial trees or send flowers to the family in memory of Edgar "Brother" Taylor Redfearn, Jr., please visit our flower store.