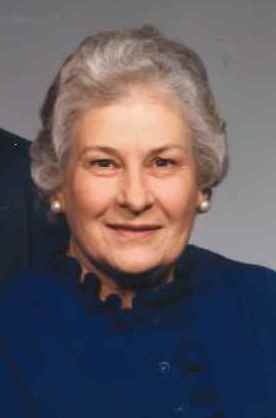 Dorothy “Dot” Harris Watson, 90, died Saturday, January 7, 2017. Born in Fayetteville, NC she was the daughter of the late Wade Hobson and Margaret Elizabeth Boseman Harris. She was the widow of Tyler Bennett Watson. She was a Graduate of Laurel Hill High School and earned a BS in Nursing from Duke University School of Nursing. She dedicated much of her life to caring for others as the first Director of Nurses at Cheraw Manor Nursing Facility and later retired with Chesterfield County Health Department. Mrs. Watson was a member of Cheraw First Baptist where she served in the WMU, the Henrietta Isgett Sunday School Class and for many years as Chairman on the bereavement committee. She enjoyed reading, sports and was an avid Duke Basketball fan. She was indeed a beloved Mother to four children, Grandma to five grandchildren and Mimi to five great grandchildren.

She was preceded in death by her parents and husband listed above, also, a daughter, Janice Watson, a granddaughter, Allison Leanne Toole, and two brothers; Roger M. Harris and Gene A. Harris.

To order memorial trees or send flowers to the family in memory of Dorothy "Dot" Watson, please visit our flower store.