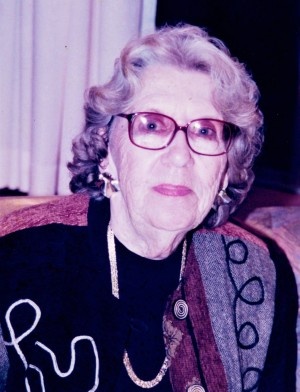 Born November 18, 1926 in Bladenboro, NC to the late Harry L., Sr.& Lina F. Sessoms Hester. After graduating high school, Doris attended William & Mary College, then she graduated from McIntyre Beauty School and later she received a degree in nursing. Doris spent most of her working career as a nurse. She worked a short time at Marlboro General Hospital but retired from the offices of Dr. Charles and Dr. Owens. She enjoyed working in her yard, traveling, taking cruises and was a good seamstress.

A graveside service will be held 2:00 P.M. on Tuesday, January 28, 2020 at Hickory Grove Baptist Church Cemetery in Wallace, SC. A visitation will take place following the service at the cemetery.

Online condolences may be made to www.bfhbennettsville.com.

Burroughs Funeral Home is honored to assist the Poplin family.

To order memorial trees or send flowers to the family in memory of Doris Hester Terry Poplin, please visit our flower store.