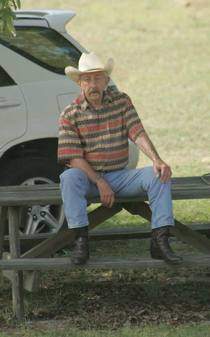 Chief Donald J. Baker, Jr. (Ret.), 70, died Monday, June 16, 2014. Born in Cheraw, SC he was the son of the late Donald J. and Lores Brown Baker. He was an Eagle Scout, Member of the Order of the Arrow, currently served as the Treasurer of Troup 655 and was on the Board of Review.  Mr. Baker was a Past Scout Master. He was a charter Junior member of the Cheraw Rescue Squad. Mr. Baker retired from the Cheraw Fire Department, he had over 38 years of service and served as Chief from 1986 to 2000. He was Past President of the South Carolina Fire Chief Association. He had been an Arson Investigator with the SC Arson Control Team.  Mr. Baker served with the Chesterfield County Coroner’s Office, (Deputy Coroner, 2000 to 2002 and Coroner, 2002 to 2008). He was a Mason. Donnie was an avid outdoorsman and enjoyed bluegrass music. Most of all he loved being GAGA to Kody and Elizabeth.

To order memorial trees or send flowers to the family in memory of Donald Baker, Jr., please visit our flower store.