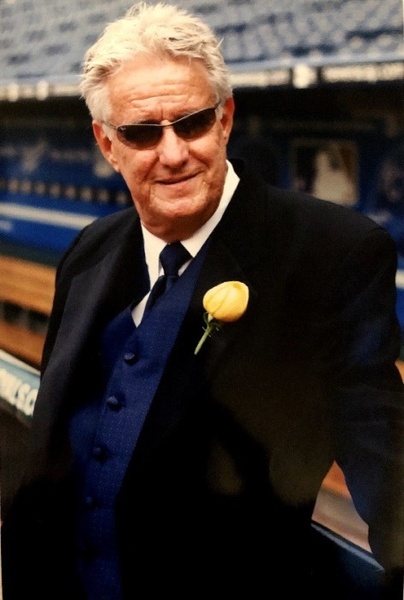 On May 21st, 2018 Darrell Alan Sowell lost his hard-fought battle with kidney disease.  Born September 15, 1949 in Camden, Arkansas, Darrell was the first-born child of the late William Bolt Sowell and Ruth Ellen (Edwards) Sowell.  After moving to Cheraw, SC, he graduated Cheraw High School with the Class of 1967, and went on to attend Gardner Webb and The University of South Carolina at Florence.

Darrell’s work career spanned 50+ years in a variety of roles. An early start working throughout high school at Hamilton’s Men’s Store and his ownership of the Pearly Eye in downtown Cheraw, spawned his interest in fashion, and he was known for his personal style.

Darrell went on to spend 25+ years as a dedicated employee of Cooper Tools, where he worked as a supervisor and in HR, but more than that as a colleague and loyal friend to many. After a stint at Sentry Bank, he spent his later years working as an instructor at NETC for the INA Apprentice Program, inspiring students to further their education in preparation for industrial careers.

Darrell enjoyed interacting with people and worked tirelessly to support those near and dear to him. He was on the Board of Cheraw Chamber of Commerce, a member of First Baptist Church, and the President of the Cheraw High School Athletic Booster Club.  He was the unofficial town expert on Cheraw football and baseball and could be found many nights hanging out at the sports fields getting the latest scouting report on the upcoming season.

Darrell enjoyed intellectual pursuits.  He was an avid reader, a Jeopardy whiz, and the official family Scrabble champion. He was a reluctant then loyal friend to an aging West Highland Terrier named Bandit, who stood by his side in his final moments as did the two cardinals who regularly visited his back stoop when he was ill and couldn’t leave the house as often.

Darrell was a music connoisseur, starting with his early days hanging out at The Coachmen & Four in Bennettsville. He also opened Another Place – a local nightclub where musical talent ranging from Lynryd Skynyrd and Dizzie Gillespie to Goose Creek Symphony played. After leaving Cooper Tools, Darrell opened Club 116 in downtown Cheraw to promote his love for beach music.

He was a loyal friend, a good neighbor, a supportive fan, a dedicated spouse and phenomenal father. He is survived by his wife Sandra and three children Amy Sowell of Winston-Salem, NC; Greg Sowell (and wife Sarah) of Kansas City, KS; and Chris Sowell (and wife Heather) of Cheraw, SC; his sister Robin Sowell Holland (and husband Layne), a great aunt and uncle James and Margie Pruitt, and seven grandchildren Connor, Mills, Rhett, Stella, Gage, Riley, and Logan.

A visitation and celebration of Darrell’s life will be held on Tuesday, May 22rd from 1:00 PM to 3:00 PM at Kiser Funeral Home in Cheraw, SC. A funeral service will follow at 3:00 PM.

The family would like to thank the many friends who visited, called, and supported us during Darrell’s extended illness. In addition, a special thank you to his doctors, nurses, and hospice caretakers for their excellent care.

To order memorial trees or send flowers to the family in memory of Darrell Sowell, please visit our flower store.