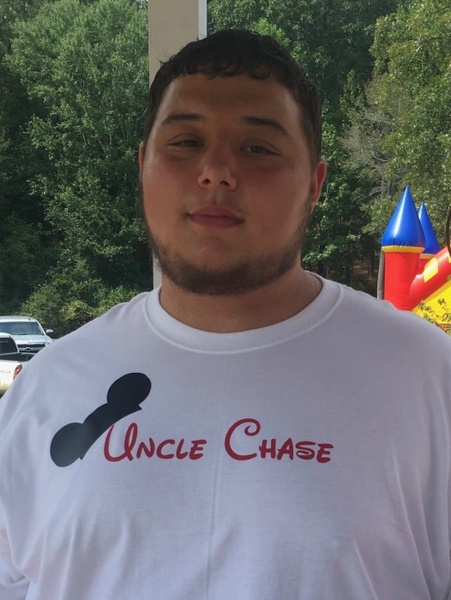 Born in Cheraw, he was a son of Carl Jay and Nancy White Compton. Chase was a graduate of Cheraw High School Class of 2014. He was an avid outdoors fella. Chase enjoyed hunting anything and taking trips to Santee for yearly fishing competitions with some of the guys around town. He had the biggest heart and never met a stranger. He was a machinist at a welding shop. He would say a Master deer hunter. One of his greatest accomplishments besides taking down a few big white tails was being a big uncle to his precious nephews.

He was preceded in death by his paternal grandparents, Mr. and Mrs. Carl Jay Compton, Sr., an aunt, Troylene Merrill  and many beloved pet deer he helped raise.

A celebration of Chase’s life will be held at 4pm on Sunday, December 8, 2019 at Cheraw High School.

The family will receive friends prior to the service at the school from 2-4 pm.

Memorials may be made to Connie Maxwell Children’s Home of Chesterfield P.O. Box 1178, Greenwood, SC 29648.

To order memorial trees or send flowers to the family in memory of Daniel "Chase" Compton, please visit our flower store.