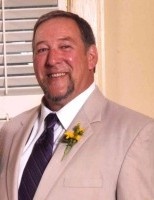 Charles H. Watson, devoted Daddy and Papa passed peacefully in his home surrounded by his family on April 26, 2020. He was a teacher to hundreds, a mentor to many and a friend to all. He was born on March 3, 1952 in Bennettsville, SC to H. O. and Nan Watson. A true legend, Charles was a craftsman and a master of many trades, and dearly loved his home at Scenic Lake Charles where he left his mark on the many projects he completed around his beloved home. He was happiest behind the wheel of a fast car and at home rocking on his front porch surrounded by his hummingbirds. He will be remembered for his infectious laugh, wild stories of living life in the fast lane, his attention to even the smallest of details and his unwavering work ethic. He was a perfectionist until the end.

Charles graduated from Cheraw High School and the University of South Carolina where he attended law school. He was co-founder of the Chesterfield County Shopper, South Carolina’s first and oldest total mailed weekly publication. He owned it from 1982-2008.

A self-taught welder, he became a national award winning metal fabricator. After selling the Shopper and retiring he became a welding instructor and subsequently was named director of the welding department at Florence-Darlington Tech. He later started an industrial metal fabrication business in Cheraw that he operated until 2017.

An avid gearhead, he built and showed cars and attended events throughout the country with his son Chase. He was a nationally published technical writer on the subject and had his cars and projects featured in national publications.

He also earned a private pilot’s license under the instruction of the late Ricky Griggs.

The family wishes to thank McLeod Hospice for its thoughtful service.  A private service will be held at Scenic Lake Charles for family. In lieu of flowers, please consider a memorial to Thornwell Home at 302 South Broad Street, Clinton S.C. 29325 in Charles’ memory.

We are certain he was given the fastest angel wings God has to offer and he is watching over us tearing up the skies. His memory will live on forever in all those who knew and loved him.

Following the recommendations of the CDC and mandates from the governor’s office for safety, the family will receive friends at Kiser Funeral Home, Friday, May 1, 2020, 3:00 PM to 4:00 PM for those individuals at higher risk, and 4:00 PM to 6:00 PM for all others. During visitation please practice social distancing and refrain from shaking hands or hugging.

To order memorial trees or send flowers to the family in memory of Charles Watson, please visit our flower store.
Send a Sympathy Card