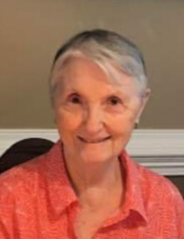 Heaven got a new Organist for their choir.  Anne Bryan has moved on to the ultimate music section in the universe.  Anne was a woman of many talents.  To all who were a part of her life music would be the connection that played its rhythm through our lives.  She was a pianist, organist, and teacher.  Anne shared her gift of music through those venues as well as her everyday life.  If you entered her home, it was fairly certain that music would be playing somewhere somehow.

At later dates there will be an Internment service at Arlington National Cemetery as well as a time of remembrance and celebration of life in Cheraw, SC.

To order memorial trees or send flowers to the family in memory of Anne Bryan, please visit our flower store.