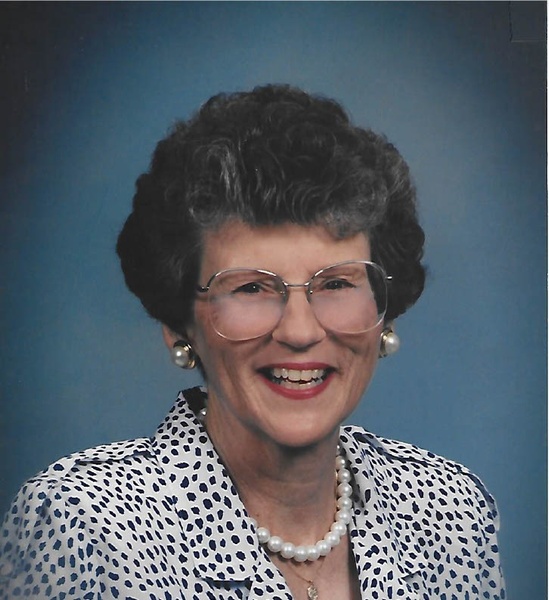 Ann Warren (Nancy) Rice Duvall of West Columbia, SC, died on June 19, 2022. She had been a resident of Still Hopes Episcopal Retirement Community since 2018. Born on August 16, 1936, in Charleston, SC, Nancy was the eldest child of William Lawton Rice and Annie Harleston Warren Rice. Nancy attended Charleston public schools and studied for two years at the College of Charleston before marrying Charles Farmer Duvall on June 2, 1957. In addition to her roles as wife and mother, she worked as a secretary at the Pentagon, was a writer and then editor of the diocesan newspaper of the Episcopal Diocese of East Carolina, and an administrative assistant in the Communications Department of Converse College.

As the wife of an Episcopal priest, Nancy played an active role in the church and was a strong support in Charles’ ministry. When he was elected Bishop of the Episcopal Diocese of the Central Gulf Coast, she traveled with him throughout the diocese and beyond to share in his ministry. Nancy had her own special ministry to gather, care for and encourage the clergy spouses of the diocese. Nancy served on the Vestry of St. John’s Episcopal Church, Columbia, SC, and on the Boards of the Episcopal Church’s Presiding Bishop’s Fund for World Relief and the Moldova World Children’s Fund, among many other charitable organizations to which she regularly and lovingly donated.

Nancy’s love of reading and writing expressed itself in many ways, especially in her later years when she wrote numerous poems, meditations, stories and articles for various publications, while participating in book and study groups.

A memorial service is planned for St. John’s Episcopal Church, Columbia, SC, at 10 a.m. on Saturday June 25. The family will greet friends after the service, and the Committal will follow at Old St. David’s Episcopal Church Cemetery in Cheraw, SC. Kiser Funeral Home is assisting the family.

The family would like to thank the nursing staff of Still Hopes Episcopal Retirement Community and Freia Westbrook of Prisma Hospice for their care and support.

To order memorial trees or send flowers to the family in memory of Nancy Rice Duvall, please visit our flower store.