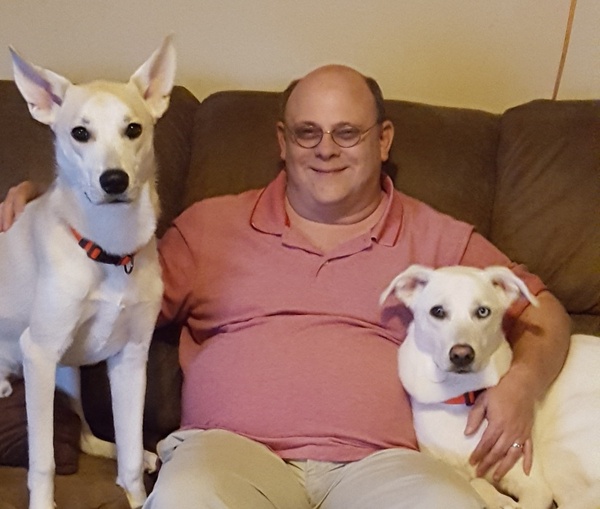 A.B. Cannon, Jr., 51, left to go play music and race cars in heaven. His worldly battle with cancer ended on February 15, 2019. He was a fabulous husband, friend, brother, son, son-in-law and fur daddy. He was preceded in death by his father and mother, A.B. Cannon Sr. and Mary Frances Cannon.

He is survived by his wife of 32 years, Joelle R. Cannon and fur babies, Richmond and Hercules. He is also survived by a brother, Terry Cannon from Orlando, FL and sisters Tina Markley from Lake Wells, FL, Jenny England from Wichita, KS and Diane Baird from Carey, ID.

Mr. Cannon requested that you do not send flowers, instead send a donation in memory to www.cancer.org to continue his cancer battle. If you do not wish to donate to American Cancer Society, then please find a cause to donate to further education of children in technology.

The family would like to thank Jeanne Marie Johnson, Julie Whitley Kimery, Richard Thomas III, Murphy and Linda Griggs, Jennifer Fuentes, Armando D. Torres-Pesaresi, Elizabeth Garrison, Benjamin Childress, Quinton Nesmith and Steven Lisenby for all the help during the cancer battle from beginning to end. Thanks to everyone for the millions of prayers, they were not wasted.

To order memorial trees or send flowers to the family in memory of A.B. Cannon, Jr., please visit our flower store.